Nova is a software produced by Anodyne, built specifically for role playing and simming. A wide variety of game styles are possible with Nova, and it is fairly easy to learn. Anodyne originally developed the Simm Management System (SMS) for Star Trek role playing simulations in 2005. The first release of Nova was in 2010 with Nova 1. The current version available for release via the Anodyne website is Nova 2.4, with Nova NextGen currently in production.

Like the original SMS, Nova takes the clutter that form-based simulations often generate and eliminates it. Where before a story topic became unwieldy with unwanted interruptions, stories can now be told in compact “joint posts” in which only the writers who have been added as authors are able to write. There is, of course, a trade off in that Nova sends you emails every time a post is updated (but you can turn that off if you want).

There are two ways to join a Nova simulation: from the main page and from the personnel manifest. If joining from the main page, look for a link on the side that says “Join.” It may be on either side of the page, depending on the simulation's installed theme. On the Citadel, our example shown here, the link is on the left. 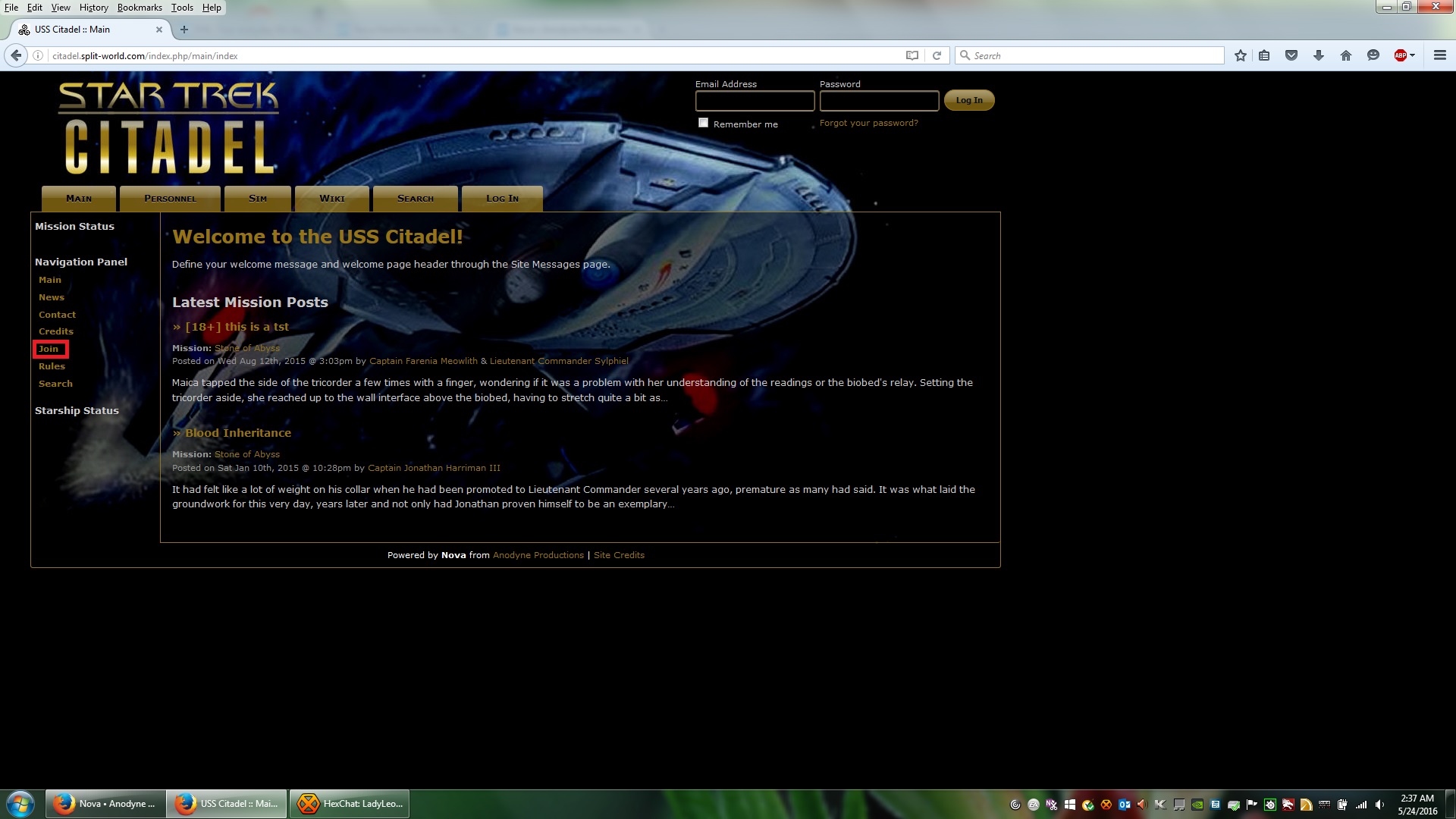